Documentary credits in the digitalisation era 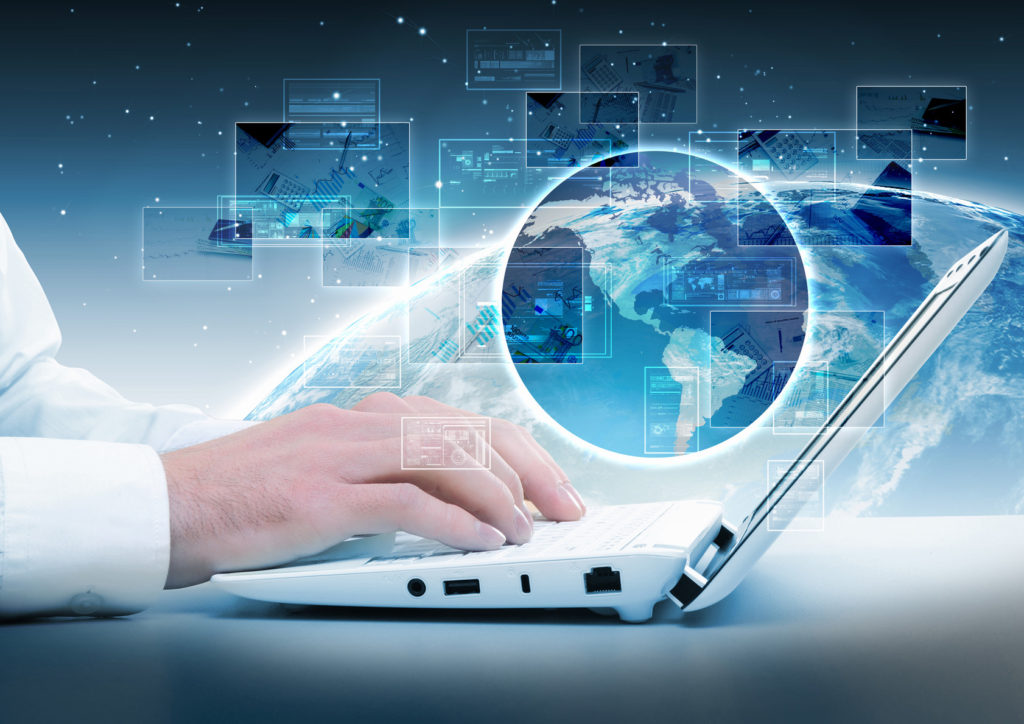 The automation of documentary credit processing is now possible for both exporters and importers. The result is improved visibility and cost control for this means of payment which, for over a century, has contributed to the development of international trade within a secure framework.

International trade has continued to develop since the end of World War I and its form has evolved, with new technologies contributing to the virtual proximity of both buyers and sellers. Nevertheless, their concerns regarding protection haven’t changed. Within this constantly changing environment, the documentary credits issued, notified and negotiated by banks retain their 100-year history as a guarantor of the successful completion and settlement of commercial contracts between both exporters and importers. It has a solid legal framework and an abundance of case law.

This means of payment is used in over 15% of import-export settlements. In fact, the optimisation of purchasing processes, the meeting of deadlines and product quality lead importers to favour this payment instrument. On the exporter side, it is the guarantee of the final payment and financing of receivables (or future receivables) that take precedence.

Operations that are by nature difficult to monitor

Although treasury operations are relatively automated, international trade-related activities are – both due to tradition and necessity – recognized as being demanding in terms of relatively complex and typically manual back-office operations.

In addition, many internal entities are involved: sales administration departments, factories, warehouses, distribution centres, etc. Thus, the people in charge of documentary credits do not necessarily work within the treasury team; they may instead work in the import department or the direct purchasing department, for example. Some groups may also choose to manage documentary credits in “silos”, brand by brand.

This decentralisation and the still highly “paper” nature of documentary credit operations lead to a clear lack of visibility on the subject.

In the 2000s, banks invested in new back office systems to reduce their operating costs. They offered notification portals to their clients, thereby putting an end to the practice of sending faxes to send issuance requests and irregularity clearance requests.

But the importer’s role is often reduced to that of a basic data entry assistant. Even though some portals are more sophisticated than others, particularly in terms of reporting, treasurers have a hard time obtaining consolidated and real-time data, since they work with several different issuing banks at the same time. Employees in charge of letters of credit thus have to deal with different portals, and therefore a variety of tokens, a multitude of passwords, etc.

Ultimately, a majority of importers merely track their letter of credit operations in a vast Excel file, which must be filled manually, despite the natural risks of errors and non-exhaustiveness. Moreover, a documentary credit is an operation that evolves over time with various events that are not well known at the beginning, and therefore does not lend itself well to a purely matrix approach.

Knowing that it is necessary to monitor the pace of events, the proper implementation of pricing conditions and compliance with authorisations, these tables are impractical, tedious to maintain and time-consuming.

The documentary credit has the rare dual characteristic of being both a commitment for the bank that issues it and a means of payment at the time of each document collection. This dual function leads to various and multiple invoicing methods, which are often difficult to understand clearly, with rules, terms and practices that vary from one bank to another.

In addition, transaction slips/notices feature even more heterogeneous formats than traditional agio tickets, making them difficult to read and understand.

In a recent survey that was conducted with 15 banks, on behalf of a distributor carrying out between 350 and 400 credit letters per year, the in fine processing cost that is proposed fluctuates within a range from 1 to 9:

This retailer’s documentary credit submission activity, which by definition is not demanding in terms of commitment, presents comparatively less stakes but evolved within a range from 1 to over 5 according to those same banks.

The increase in expenses related to compliance rules (in particular), and the decline in their revenues from trade finance operations, are forcing banks to rationalise and automate their documentary credit operations. The MT798 standard is a solution to offer a high value-added service that promotes the standardisation of exchanges, regardless of the bank.

The automation of documentary credit processing is driven by an initiative of Swift, the international financial messaging centre, which in 2008 integrated a standard for trade finance messages into its SCORE model, thereby allowing companies to interact directly with banks around the world. Through specific requests within the FileAct messaging system or via FIN messages structured in MT798 format, treasury software has expanded the abilities to process documentary credit messages.

Due to the relative complexity of documentary credits, and therefore the technical barrier that this can represent for a treasury software publisher, the market for software dedicated to trade finance remains a niche market. In France, FINELIA is the publisher that offers a tool dedicated to documentary credits. This Multi-bank processing and tracking solution dedicated to trade allows companies to exchange MT798 messages with their banks via Swiftnet or Ebics, whether they are an importer or an exporter. By interfacing with the client’s information system, this new tool enables one to automate the opening of letters of credit based on the details of an order form as soon as it is validated (types of goods, Incoterms, place of departure or arrival of the goods, etc.)

The gradual digitalisation of contractual documents should help to reduce both transaction times and processing costs as a result of the integration and the expansion of the various business channels. In the long term, the increasing integration of systems and the gradual use of these new platforms should favour product standardisation and the automation of processing methods and thus contribute to this convergence.

For companies, this evolution appears to be a key element in the unification of “Data Management” processes, which are key for liquidity management, cash flow forecasting and risk management (counterparty risks, exchange rates, interest rates, “cash at risk”, etc.).