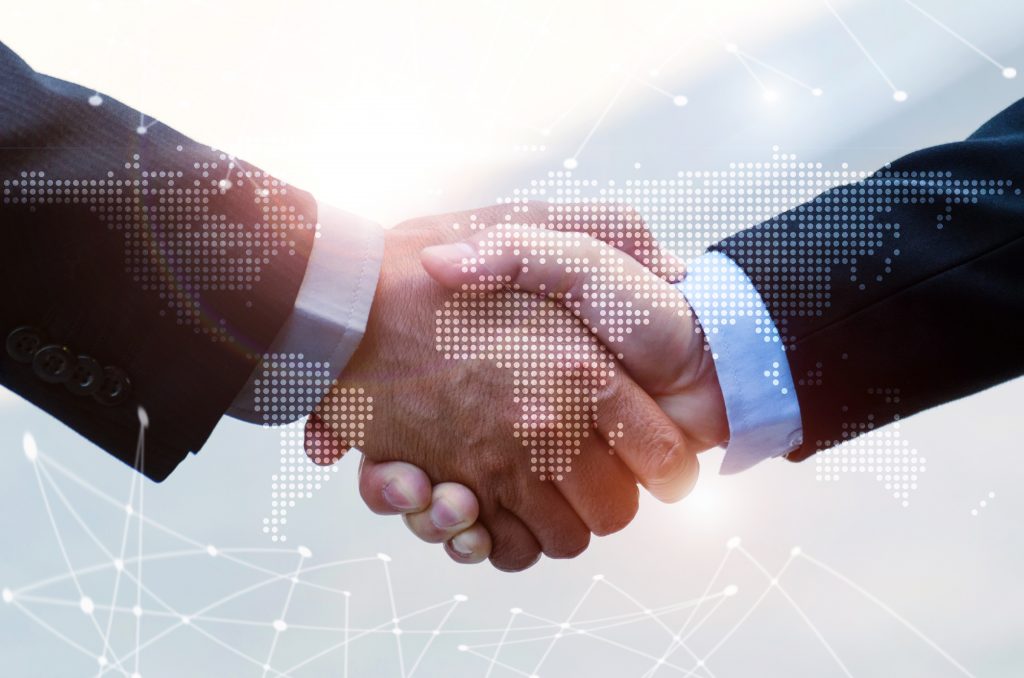 Words of an expert and designer of trade digitalisation solutions for both banks and companies.

Trade Finance has long been insensitive to technological progress, remaining instead – both due to tradition and necessity – locked into manual, complex and resource-consuming practices. In the 2000s, banks, who were keen to reduce their operational costs, invested in new back-office systems and offered notification portals. Although they put an end to the practice of faxing to some extent, they have proved unsatisfactory for companies. Importers are very often reduced to a role of basic data entry assistants, and large groups, which have to communicate with a multitude of banking partners, have to juggle with a multitude of tokens, passwords, etc. As they are unable to obtain consolidated data, importers and exporters are forced to track their trade operations using large spreadsheets that are inconvenient, cumbersome to maintain and time-consuming. But at a time when compliance requirements are on the rise, the margins of trade operations are decreasing at the same rate that stacks of paper are increasing. Driven by the context and aware of the prospects for profits, banks are now embracing new technologies to offer new solutions that are both safer and easier to use. This obvious enthusiasm is reflected in a proliferation of digitisation projects and digital platforms that promise a long-awaited modernisation of trade. These platforms and other marketplaces supported by major international banks use blockchain technology to connect the stakeholders of a transaction. In a context where documents will be completely digitised, and thanks to smart contracts, this technology will enable conditional automatic validations as well as a reduction of timeframes, costs and associated risks. At the supply chain level, the Internet of Things (IoT) will facilitate the tracking and tracing of goods, for improved control and greater compliance with requirements. At present, these technologies are not yet mature. As a matter of fact, these environments, which promise structuring and security, especially for unsecured open-account transactions, have a limited scope: small and medium-sized businesses, often the clients of a single bank, in the context of cross-border transactions.

Documentary credits, stand-by letters of credit, deposits and guarantees. The multiplication of projects also poses a major problem: that of governance. Today, no protocol (Ethereum, Corda, Korum, Ripple, etc.) has yet succeeded in establishing itself as a standard, which seems to indicate a future in which multiple logistics and financing platforms would coexist, bringing forth the challenge of interoperability. The current legal framework also remains very unsatisfactory and is one of the main obstacles to the sustainability and development of these initiatives. As the International Chamber of Commerce points out, the legal quality of digital documents, and of the maritime bill of lading (B/L) in particular, is indeed a necessity for the digitalisation of trade. Although work is already underway, the process promises to be long and tedious before the global approval required for international trade activities is obtained. Companies and banks will also have to adapt their internal processes to this technological breakthrough. As a result, far from disappearing, traditional paper documentary practices will continue to coexist with the more modern digital techniques.

The MT798: a direct connection to banks

Nevertheless, solutions designed for companies already exist to facilitate the management of Trade operations. Companies can now exchange structured files with their partners, banks in particular, in order to gather and centralise information. Communicating effectively with all of one’s banks greatly facilitates day-to-day tasks such as opening requests, responding to irregularity notices, taking into account stock releases (a technique widely used in trading operations), etc. This evolution represents a significant step towards the unification of data management processes, which are key for liquidity management, cash flow forecasting and risk management (counterparty risks, exchange rates, interest rates, cash-at-risk, etc.). To date, the shift to automate the processing of Trade Finance transactions has been led by the SWIFT international financial messaging centre, recognised by banks around the world. The banks communicate with each other via messages structured according to this standard and exchanged according to a precise protocol. SWIFT messages related to Trade Finance are of the 7XX type. The well-known MT700 message, for example, contains the terms and conditions of a documentary credit. Based on the German DTA format, SWIFT has taken the initiative to extend its messaging protocol to allow companies to communicate directly with their banks. This communication is done through specific FileAct requests or structured FIN messages, which are transported in what are referred to as MT798 envelopes. Messages are transported natively via the Swiftnet channel. Nevertheless, a company and its bank can agree to use another channel (Ebics, Host to Host, SFTP, etc.). The exchanges between a bank and a company take the form of a batch of MT798 messages, where each type represents a specific event, such as an opening request, a notice of Discrepancies, etc. A batch consists of a first index message, followed by a detailed message and a possible extension message. There are a total of 48 types of messages.

The adoption of these new messages got off to a slow start due to banks’ inability to process this type of message, as their back-office processes were not adapted to it. Back then, companies had to halt or postpone their projects to computerise their Trade Finance activities. Today, we are seeing a reversal of the trend. The “MT798” topic is gaining notoriety among banks, including regional banks, most of which have started development or at least launched feasibility studies. According to SWIFT, at least 46 banks are currently operational in terms of MT798, a majority of which are European banks.

In this way, importers, exporters and traders can communicate with all of their banks through a single channel. To do this, a company will have to either adapt its IT tool to this new protocol, or use software that processes all SWIFT MT798 messages. The Finelia software company, for example, offers a multi-bank processing and monitoring solution dedicated to trade, which enables the management of all payment instruments (documentary credits, documentary remittances, guarantees, open accounts and supply chain finance) by integrating all MT798 structured messages. Operators can thus have a consolidated view of all of their trade activities, a real need as data analysis is becoming essential.