Trade finance, a new area of optimisation for treasurers 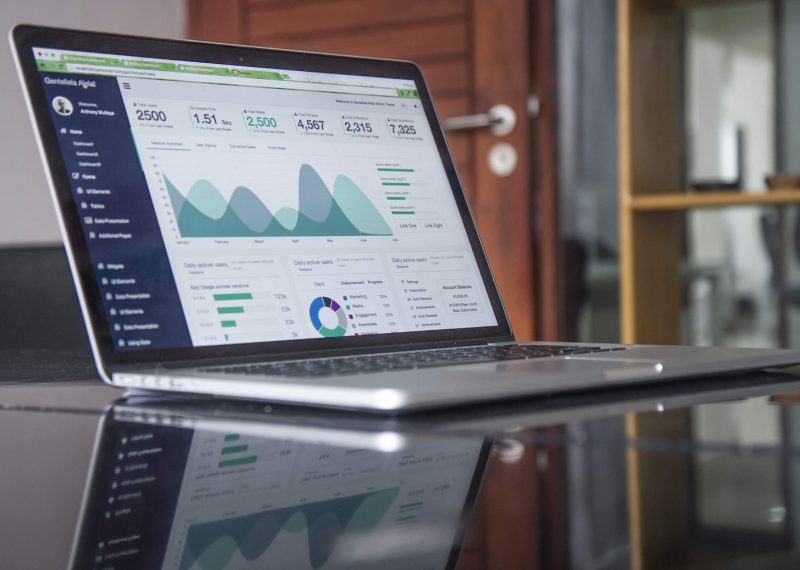 According to Emmanuel Léchère, Market Intelligence Manager at Redbridge, fees for notifications and the use/removal of documents and amendments, which are often proportional to the amount of a documentary credit, are as unjustified in an export contract as are account activity fees on commercial debit flows (CMC).

Trade finance tools, which are designed to regulate delivery and payment risks in “major export” commercial transactions, deserve the full attention of company treasurers, as they are accustomed to regularly negotiating their bank flow conditions, but not necessarily their means of settlement and risk hedging. However, the savings to be expected from a competitive bidding of the various bank offers on documentary credits, via a structured consultation, can end up being substantial.

French distributors have long understood the importance of trade finance issues, and they regularly optimise the conditions linked to the opening of letters of credit (i.e. import letters of credit). This practice is made all the easier by the fact that the centralisation of procurement within distribution groups lends itself well to the consolidation of documentary credits with a small number of bank counterparties. The situation is significantly different in the case of export documentary credits, the implementation of which is frequently initiated directly by sales teams and can escape the close control of the finance department.

This situation should be rectified, especially since the fee structure of export documentary credits, often based on commissions proportional to the amount of the underlying trade transaction, is worthy of criticism. Unlike the import documentary credit, which is a signed commitment for the payer’s bank, the export documentary credit is ultimately just a means of payment, albeit a sophisticated one, for the person who requires it to be used. The risks incurred by the exporter’s bank are essentially operational risks. Also, imposing upon sellers a letter of credit commission structure that is identical to that of buyers seems unjustified.

Before going any further, here is a brief reminder of the principles of how documentary credits work. A letter of credit is always independent from a commercial contract, which means that the sale of a product is accompanied by two independent contracts: a contract linked to the terms and conditions of sale and another one linked to the letter of credit’s terms of payment.

Since the settlement is decided between the banks and only between them, in order to avoid any disputes over the interpretation of the quality of the goods that are supplied, the parties agree to deliver/receive documents that are either based on honour, official, endorsed by public authorities, or provided by third parties, so that the payment terms are acceptable to both parties. This requires that the latter have reflected on the risks involved and found a solution acceptable to all via documents.

Legally speaking, the bank that opened the import documentary credit must pay upon presentation of compliant documents, even if the goods that were shipped do not comply with the original contract. Only a court order can force an issuing bank to delay payment. Despite pressure from its client, who could consider that the goods received are non-compliant, an issuing bank that has accepted documents cannot under any circumstances take into consideration commercial disputes and it must honour payment to the notifying/confirming bank. Failure to comply with these rules would likely damage the bank’s reputation.

This is why both parties must agree both on the commercial contract and on the drafting of the documentary credit in order to define by mutual agreement the list of the various documents that will allow the seller to receive payment. Thus, it is strongly recommended that sellers not submit to the bank documents requiring validation by the buyer, as the seller may not be able to present the documents within the specified timeframe (which is typically 21 days after the date of shipment).

The main cost of an export documentary credit is the confirmation fee (where applicable), which is specific to each situation and therefore cannot be negotiated in advance for several years under any agreement. In fact, the confirmation costs depend on a series of factors, such as the issuing bank’s credit risk, its country-related risks and the length of time during which the contract will run before its full completion. On the other hand, it appears possible to optimise notification fees, and fees related to the use/release of documents and modifications. These fees (excluding those related to amendments) are often proportional to the amount of the documentary credit. From the exporter’s point of view, they are as unjustified as account movement fees on commercial debit flows (CMC). After having worked on these types of proportional commissions, company treasurers can now focus on optimising the costs of their trade finance operations, particularly in the export direction.

Overall, the cost of an export documentary credit (beyond any confirmation costs) varies between 0.5 and 2 per thousand: a budget ranging between €50,000 and €200,000 for an underlying turnover of €100 million. Optimising fees on these instruments, via a structured consultation of the various bank offers, isn’t easy, since local sales teams may be reluctant to change the partner that will follow-up on payment of their contract.

In this documentary credit optimisation game, the existence of “captive” banks also constitutes a barrier. Indeed, there are some key players in the export documentary credit business, because they are already the French correspondents of many foreign banks. Unless they conduct a broad call for tenders, these banking partners are largely unwilling to change their invoicing strategy. However, the need to confirm the letters of credit issued by some foreign banks reduces the structural advantage of the unavoidable correspondent banks. As confirmed documentary credits are signed commitments with a counterparty risk on a foreign bank, it is not necessary to be the client of a bank to work with it on these flows. For exports, this leaves room for the discovery of new banking partners. If fact, the issuing bank sends a documentary credit to a bank knowing that the latter will be able to confirm it. Upon receiving the documentary credit, the confirming bank undertakes to honour payment to the beneficiary upon presentation of strictly compliant documents.

The competitive tendering procedure is essentially identical to that implemented for flows. The first step is to precisely measure the volume, while distinguishing between geographical areas, counterparties and the existence (if any) of confirmation for the documentary credit, before launching a broad consultation with banks. Banks don’t use the same invoicing strategy with each company they work with. As a result, the results of calls for tenders are likely to be highly heterogeneous in terms of quantities.

Criteria other than price are also to be taken into account. For an exporter, the banking stakes linked to documentary credits are essentially: the cost, risk taking (the countries for which the bank agrees to add its confirmation) and, lastly, the quality of service. The latter is assessed in terms of speed of execution, the advice and assistance that are provided, the existence of local trade centres and, lastly, the notifying bank’s availability.

In particular, the time required to correct anomalies, which the banks are prepared to commit to themselves, is an interesting point of the analysis, since it will strongly affect the ability of the parties to meet the document submission deadlines. The rule of thumb is that a bank should take five days to correct an anomaly, but some banks may have circuits that are sophisticated enough to commit to shorter deadlines. In a survey conducted by Redbridge with eight banks, only one indicated a five-day time limit to correct an anomaly. Two committed to a two-working day deadline, and the others indicated that in the majority of transactions (70% to 80% of cases), the deadline was three days.

Overall, the documentary credit is still perceived as a complicated instrument, compounded by a succession of commissions calculated on different bases and rates, which does not make its cost very visible to the user. “For the vast majority of exporters, the documentary credit is synonymous with “bank reserves” (anomalies and errors detected in the use of documentary credits), which instantly makes it harder for them to manage their export risks, and leads to both an increase in financial costs and a negative impact on the company’s cash flow”, says Finelia, the software publisher specialised in the processing of letters of credit.

Many companies are concerned about their document processes, which feature critical areas characterised by a lack of automation, resulting in a significant and relatively costly load failure in terms of operational costs. These critical areas lead to errors and a lack of fluidity, hence the “administrative complexity” notion faced by exporters that use documentary credits. For many companies that are aware of these issues, the decision to obtain a tool dedicated to documentary credits is often motivated by the search for improved control of export operations that use documentary credits (export risks), a reduction in the bank reserve rate (Discrepancies, errors) and, ultimately, a reduction in collection timeframes and financial costs.

The automation of documentary credit processing is driven by an initiative of Swift, the international financial messaging centre, which in 2008 integrated a standard for trade finance messages into its SCORE model, thereby allowing companies to interact directly with banks around the world. Through specific requests within the FileAct messaging system or via FIN messages structured in MT798 format, treasury software has expanded the abilities to process documentary credit messages.

Around 50 banks are currently operational in terms of the MT798 standard, according to SWIFT, including most major French banks. Multi-bank solutions are emerging that allowing companies to exchange MT798 messages with their banks, via Swiftnet, whether you are an importer or an exporter. “These tools allow you to automatically edit the documents required by a letter of credit, using the fields of the MT700 message (message representing a documentary credit notification), effectively eliminating any risk of data entry errors, one of the main causes of the Discrepancies observed by banks”, according to Finelia. In addition, it is possible to send these same documents via FileAct (Swift messaging system). Some banks now accept the verification of documents via an electronic format. This is a major step towards the digitisation of trade finance.